Pamir – the roof of the World. The Pamirs are a vast, mountainous region in Central Asia with a rich history and unparalleled beauty. With towering peaks like  Kongur Tagh (7,719m) and Ismoil Somoni, “The Peak of Communism” (7,495 m), Lenin Peak (7, 134m) the Pamirs promise an unforgettable highland experience with stunning views, hiking, and a chance to touch the roof of the world. The Pamirs in Tajikistan offer special access to the Wakhan Valley, a beautiful and rugged area with plenty of trekking opportunities.

Peoples of Pamir
The unique nature of the Pamirs has always interested researchers and travelers. This harsh mountain region was the birthplace of an ancient people, about which very little is known. Even today, Pamiris rarely make world news, do not fight for independence, and do not seek to create their own state. Rather, they are a peaceful people accustomed to the isolation of the Pamir and Hindu Kush mountains.
The Pamiri are comprised of several different ethnic groups that live in different regions across Badakhshan. In the north, the most numerous of these ethnic groups are the Shugnans, who have a population of about 100 thousand people. Also in the north, about 30 thousand people reside in the Rushantsev region, while another 25 thousand people live in Sarykol. Most southern Pamiri live in Vakhan, which has a population of 70 thousand people. Other southern regions, such as Sanglitz, Ishkashimi and Mundzhan are much less populous. Across these regions, the Pamiri are generally recognized by their large blue eyes, fair skin, and brown hair. Many Pamiri also have oblong faces and straight noses. 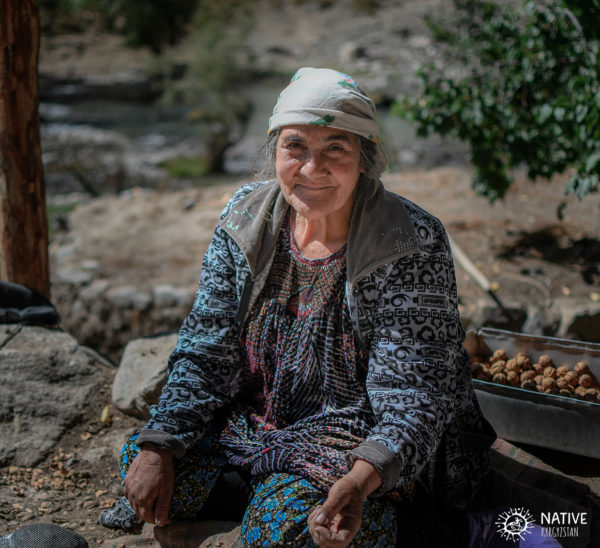 Pamiri Customs
Though their historical homeland—the Badakhshan region—borders Tajikistan, Afghanistan, China, and Pakistan, the Pamiris have their own unique culture, customs, and traditions, despite often been confused for Tajiks. The harsh nature of the highlands, which is between 2000 and 7000 meters above sea level, has had a significant impact on Pamiri life and customs. Each the element of a house has a symbolic meaning. For example, the four-level arch of traditional dwellings symbolize the elements of nature: fire, earth, water, and air. Previously, the Pamiris lived in large patriarchal families, with all relatives living a joint household and submitting to the elder.
Over time, these mini-communities were replaced by monogamous family structures. Among the Pamiri, marriages between cousins and sisters are common due to the reluctance to pay large dowries for brides in other families. Despite the fact that Islam has significantly influenced the status of women, marriages among the Pamiris are matrilocal, meaning new couples settle in the house of the bride’s parents.
The Pamiri are skilled farmers and have a tradition of animal husbandry, having bred cows, sheep, goats, horses, and donkeys. For many centuries, the Pamiris have engaged wool processing, weaving, pottery making, and jewelry making. The Pamiri are also skilled hunters, and their diet usually consists of wheat flatbread, sheep cheese, homemade noodles, vegetables, legumes, fruits, and nuts. Poorer inhabitants of the highlands drink tea with milk, while the rich also add a little butter. 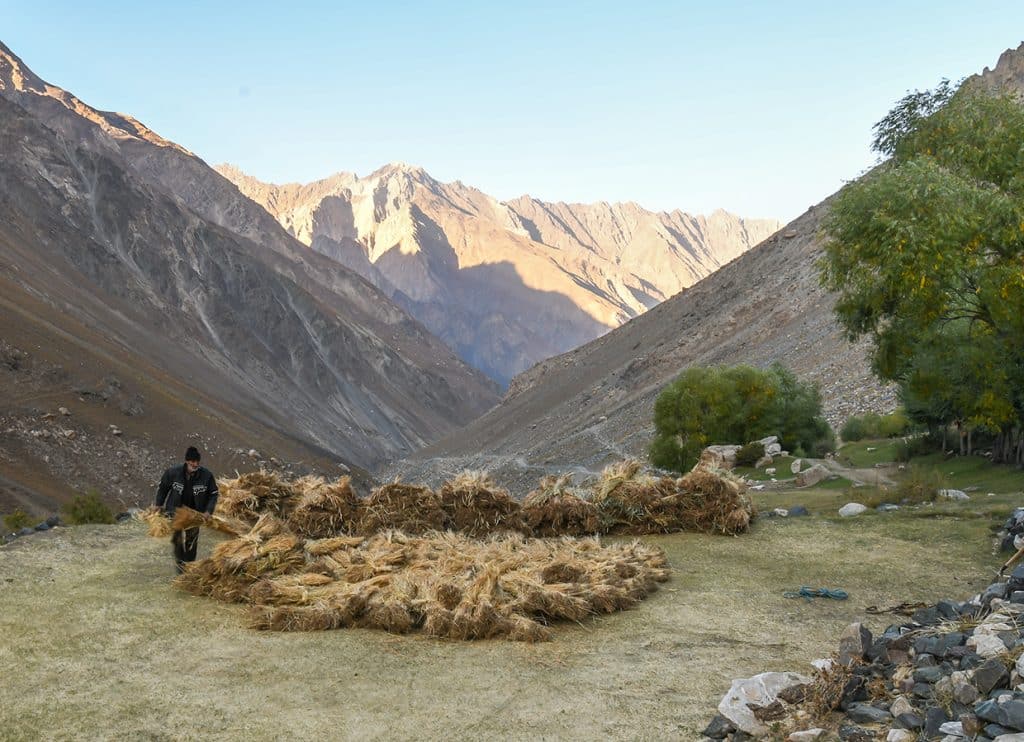 Languages of Pamir
Anthropologists believe that the inhabitants of the Pamir-Fergana subraces are closely related to peoples from the European Alps and the Mediterranean. The inhabitants of Badakhshan speak Indo-European languages from the Iranian subgroup. However, Tajik is taught in schools and is used primarily for interethnic communication. In Pakistan, Pamiri languages are gradually being supplanted by Urdu, the national language. Similarly, Uygur is increasingly spoken by the Pamiri in China.

Religions of Pamir
In the first millennium BCE, the Pamiri were adherents of Zoroastrianism. However, Chinese trade caravans passing through the highlands in the 2nd century BCE spread Buddhism across the region.
Islam also spread in the Pamirs. The poet Nasir Khosrov (1004-1088), fleeing from the persecution of Sunni Muslims, came to the Pamirs and became the spiritual leader of the local population. Many of the Pamiri accepted Ismailism—the Shiite banch of Islam—and also incorporated ideas and beliefs from Hinduism and Buddhism. These beliefs and practices distinguish the Pamiris from their Sunni neighbors. Most Muslim Pamiris pray only twice a day, while the Tajiks and Uzbeks pray five times a day. The Pamiri also do not observe fasting in the sacred month of Ramadan, women do not wear burqas, and men are allowed to drink alcohol. Consequently, many Muslims in neighboring nations do not consider the Pamiri to be devout Muslims.

Origins of the Pamiri
Given the fact that the inhabitants of Badakhshan are Caucasians, some researchers believe that the Pamiri are the descendants ancient Aryans who remained in the mountains during the Indo-European migration. However, there is little historical evidence to support this theory. According to most experts, several Eastern Iranian tribes moved to the Pamirs separately from each other and at different times. The Pamiri’s closest relatives are the legendary Scythians, whose empire from 700–400 BCE stretched from Crimea to southern Siberia.
Scientists suspect the Pamiris appeared after several waves of nomadic migrations by the Sakas tribe, which began to settle the highlands in the 6th and 7th centuries BCE. From there, the ancestors of the Vakhans moved from the Alai Valley, located east of Badakhshan, and the future Ishkashim people moved to the highlands from the southwest. Linguistic research suggest the Mundzhantsev are remnants of the Bactrian community.
The next wave of migration by the Saks produced the northern Pamiris, who migrated to Badakhshan from the west along the Pyanj river. Even later, ancestors of the Sarykol moved to their current territories in the Tеhe region of the Chinese Xinjiang province.
Trade brought increasing numbers of people to the Pamir highlands. Due to the rich deposits of ruby and lapis lazuli, merchants regularly visited to exchange household items, such as utensils, knives, axes, and other tools, for precious stones,. Even in the 2nd century BCE, caravans from China went along the Great Silk Road across the Pyanj valley.

Conquest in the Pamirs
Throughout the history of the Pamirs, man great powers, including the Chinese, Arabs, Mongols, and Sassanid and Timurid dynasties tried to conquer the various peoples of the region. Most did not stay in the highlands to rule a handful of tribes, allowing the Pamiri to live in peace throughout most of their history. However, this situation changed in the 19th century, when Russia and Britain fought for influence in Asia. In 1895, Afghanistan’s borders were officially established, dividing the region into Russian and British spheres of influence along the Pyanj River. Subsequently, the border of the USSR was also established there. No one in Moscow or London was worried about the fate of the Pamir peoples, who were cut off from each other because of these new borders. Today, the highlands are divided between Tajikistan, China, Afghanistan and Pakistan. As the languages of the Pamir peoples are consistently supplanted, their customs and future remain uncertain.

Roof of the World 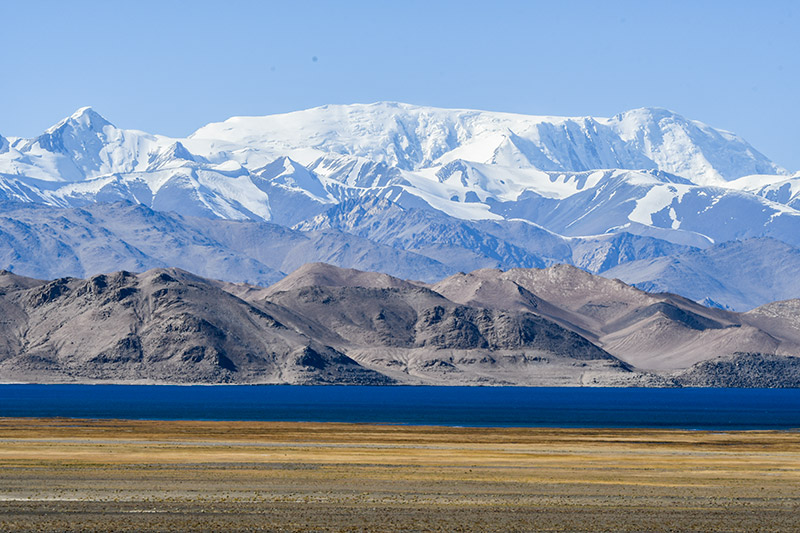 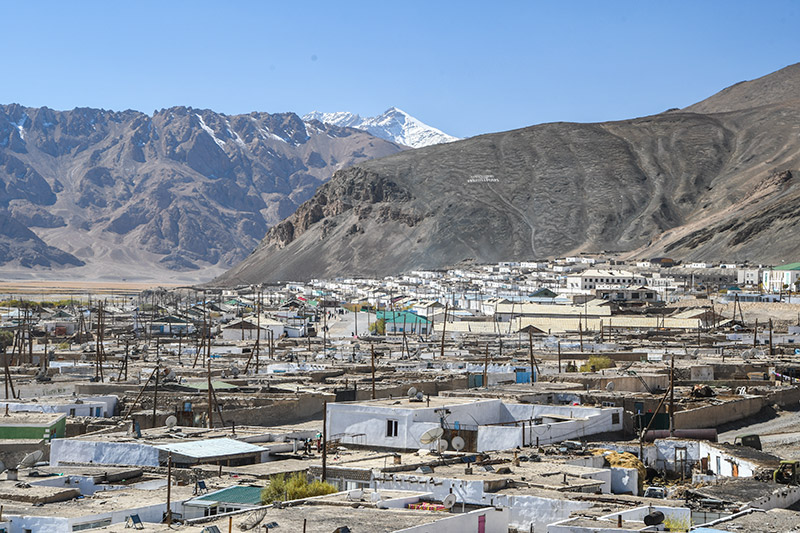 Kyrgyzstan The Kyrgyz Republic – formal name of the country, situated [...]

The traditional clothing of the Kyrgyz is an important component of [...]