The Burana Tower is a historical and architectural monument that dates back to the end of the 10th century and the beginning of the 11th century. It is located 15 kilometers from the town of Tokmok and was once part of the Balasagun town and citadel. This archaeological site was home to a citadel, mausoleums, mosque, church, and bathhouse, and many archeological treasures have been found there. The tower, made of red bricks, currently stands at 25 meters tall, with a bottom diameter of 9 meters and a top diameter of 6 meters. Inside the tower, there are small stairs leading to the top. According to inscriptions found at the site and the chronicles of Mukhammed Khaidar, the Burana Tower was built for Balasagun Legislator Imam Muhammad. The Kalyan Minaret in Bukhara, which was the western capital of the Karakhanids, was built in 1127 and stands at 46.7 meters tall. It is believed that the same architect, Usto Bako, built both the Burana and Kalyan Minarets. 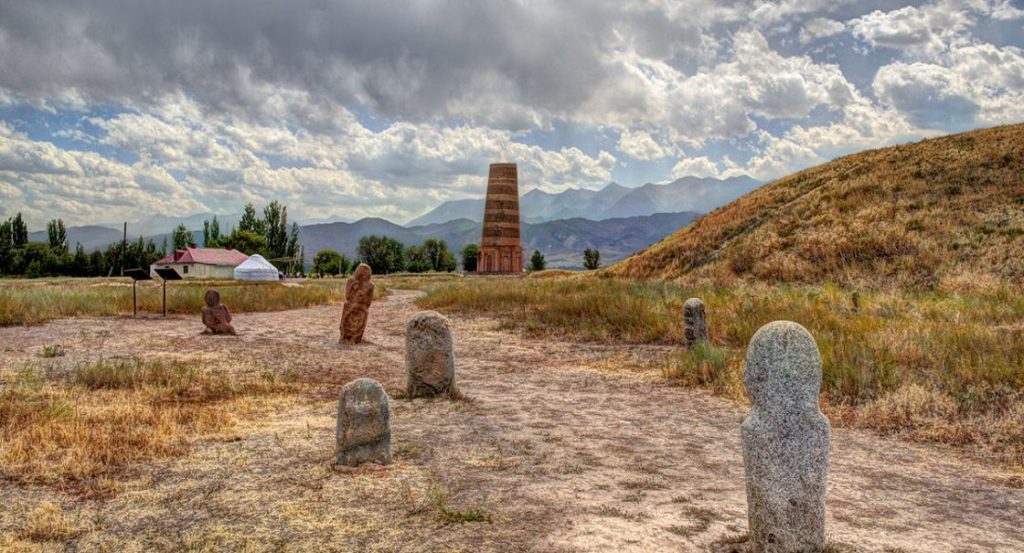 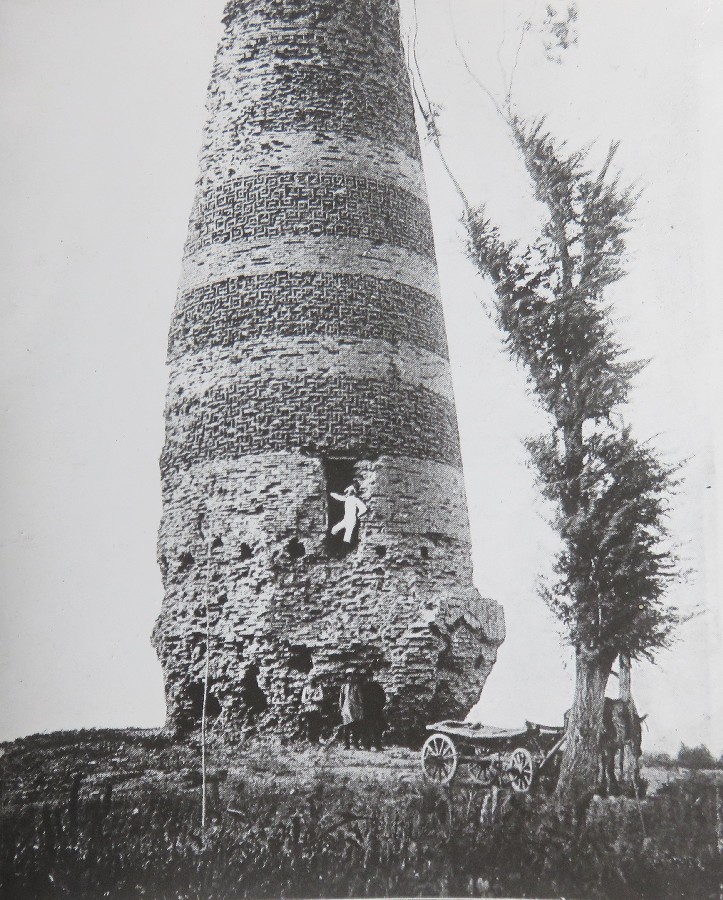 Another famous archaeological site is Ak-Beshim, which dates back to the 6th to 12th centuries and is located 6 kilometers from Tokmok town. During archaeological investigations, remains of ancient buildings, household items, and coins were found. Two Buddhist temples from the 6th to 7th centuries were discovered in the southern part of the site, along with sculptures, art, and artifacts. The Ak-Beshim settlement is recognized as the remains of the famous medieval town Suyab, which was a settlement of Sogdian merchants along the Silk Road.

Burana tower underwent practical restoration in 1973-1974. Before that, careful and detailed investigations were conducted near the Minaret and throughout the Burana settlement. Based on these research works, the tower’s dating was specified, restoration plans were created, and main restoration activities were identified. At the time, the tower was a 40-meter-high building made of burnt red brick with an octahedral pedestal of 5.4 meters. The Minaret was based on a quadratic stylobate, with the north part faced by capstone blocks.

Archaeological excavations conducted by the Historical Institute of the Academy of Sciences under Vinnik D.F. revealed that the stylobate extended to a basement with a depth of 5.6 meters from the ancient ground. The top of the Minaret was destroyed by seismic activity, the western part was damaged by climate effects, and the octahedral pedestal was damaged due to a lack of hydration isolation. The first restoration and conservation works were carried out in 1927-1928 by N.M. Bachinski and M.M. Loginov, and thanks to their efforts, the Burana Tower has been preserved to this day. However, these works altered the artistic appearance of the Minaret. The ornamented basement part was changed to a plain setting of bricks, and the top part was distorted by the rough and incorrect round outline of the Minaret.

The main goals of the restoration work at the Burana tower were to restore the archaic height of the octahedral pedestal, the architecture and ornamentation of the saved parts of the basement, body, and top, and to reinforce the basement and pedestal. The architectural forms of the minaret were not rich, the main focus was on its decorative and ornamental features. It was decided to restore the minaret as it is to maintain its original art and ornamentation, rather than using modern plain bricks to rebuild the upper side. The top of the minaret was destroyed during an earthquake in the 14th and 15th centuries, so the current Burana Tower is as it is after that time. Special brickwork of the building was restored using the holes made for brick placement and covered with “ganch”, a mixture of gypsum and clay for mortar. All eight sides of the octahedral, its arch-type decisions were restored. It is believed that the octahedral inside had several wooden balks to support the body of the minaret. Due to the western wind and climate conditions, all western parts of the minaret suffered more, causing the minaret to deform and lean to the southwest. This deformation could not be corrected without rebuilding the pedestal, but it would not lean anymore. Architect-restorers strengthened it with a new build in plain brick round built-on arches and a body with strong mortar. The western part arches were also filled with mortar or bricks to make the pedestal stronger. The new items of restoration included a modern ladder with an entrance court to the minaret. In ancient times, it may have been accessed via moveable stairs or a gallery, but it is not known for sure. The framed ladder is not meant to imitate the ancient design and is clearly a new construction and not artificially belonging to the tower.

This is a significant architectural and historical site, and a World Heritage-listed site, and we will surely pass by it during the visit.

My country, the Republic of Kyrgyzstan, is a very ancient land. Most [...]